When Money CAN Bring You Happiness: 3 Cutting-Edge Researchers Share Their Secrets

Or love. Or class, for that matter.

But a wave of new research suggests that cash can indeed increase your pleasure—if you manage it the right way.

In fact, the influence of money on well-being is such a hot topic that experts around the country have devoted their studies to it.

Want a peek at what some of them have discovered?

We asked three researchers who spend their days delving into the ties between money and satisfaction to divulge their most intriguing revelations—and explain how you can leverage their insights to get happier.

Professor Michael Norton Says … Spend on Others to Be Happy 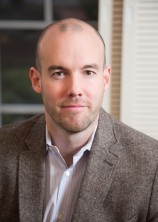 A professor of business administration at Harvard Business School, Norton has an interest in the intersection between finance and personal satisfaction that stems from his diverse academic experience.

After earning a Ph.D. in psychology, Norton received a fellowship to study business at the MIT Media Lab and the Sloan School of Management.

“Considering how much time people spend thinking about how to increase money and happiness, [I wanted] to figure out the relationship between the two,” the co-author of “Happy Money” explains. “[I wanted to know], when it comes to how we spend, are we getting it right?”

His Key Findings Initially, Norton, 40, uncovered that people spend most of their money on themselves.

“But my fellow researchers and I thought maybe this wasn’t the best way—that an outsized focus on the self might be part of the reason why having more money doesn’t necessarily make us happier,” Norton says.

To test his hypothesis, Norton designed a study in 2008 in which participants rated their happiness before being handed an envelope containing cash. Half were instructed to spend the money on a personal expense or gift for themselves; the rest were told to donate it or buy a gift for someone else.

The results? Those who gave the money away reported higher levels of satisfaction, whereas those who spent on themselves weren’t any happier.

“The happiness surge you feel from a one-time gift wears off, but people who chronically give are happier overall.”

In one, Belgian salespeople received 15 euros to spend either on themselves or on a co-worker. In another, recreational dodgeball players were asked to use $20 for their own purposes or for a teammate’s.

Time and again, people who gave money away reported increased happiness compared with the control group.

Not only that, but their performance improved. For every $10 a salesperson spent on herself, the employer reaped $3 in sales—but every $10 employees spent on co-workers translated to $52 in sales.

Likewise, charitable dodgeball teams scored more goals. Every $10 spent selfishly led to a 2% decrease in wins, but $10 spent on teammates increased them by 11%.

How to Boost Your Own Bliss While any degree of generosity will up your joy, some kinds of giving are more powerful than others. “The closer you are to the recipient, the happier you’ll be,” Norton says.

So buying flowers for your mom has a greater effect than, say, contributing to a stranger’s Kickstarter campaign.

And while the amount you spend doesn’t influence your happiness, Norton says, the impact of your contribution does.

For example, when it comes to charitable giving, you’ll get the most bliss for your buck if you donate to organizations that create a personal link between the giver and the recipient, such as Kiva or Adopt A Child.

But regardless of who you give to, try to make it a habit. “The happiness surge you feel from a one-time gift eventually wears off, but people who chronically give are happier overall,” Norton says.

Professor Cassie Mogilner Says … Shell Out for Experiences to Be Happy

In 2004, when Mogilner was working her tail off as a marketing Ph.D. candidate at Stanford, she perpetually found herself strapped for cash and time.

“In business school, there’s so much attention focused on the bottom line,” says Mogilner, an associate professor of marketing at the University of Pennsylvania’s Wharton School. “But I realized that, for me, time felt like a much more precious resource than money.”

Intrigued, she began to channel her research efforts toward investigating the association between time, money and happiness.

Her Key Findings Over the past 10 years, Mogilner, 35, has found that time is a significant happiness predictor because, more so than your possessions, how you spend your spare hours reveals your interests and unique “you-ness.”

Just look at social media: People share photos of weddings, vacations and delicious dinners—but you don’t see many posts about trips to the mall.

To that point, Mogilner has also investigated how long we enjoy the mental boost that comes from temporal experiences versus material goods. “We get used to a new pair of shoes very quickly—it’s a phenomenon known as hedonic adaptation,” she says.

So while you might be psyched about your new boots at first, before long, they’re relegated to the back of the closet. Instead of being a source of joy, they now serve a purely functional purpose.

“In contrast, we adapt more slowly to experiences,” Mogilner says. “The way we spend time becomes a part of our memories—our personal narrative.”

Mogilner’s latest research focuses on buying more positive time—such as renting an apartment closer to work, as opposed to buying a luxury car in which to commute.

People also tend to feel less regret after shelling out for a good time, adds Mogilner.

“After you spend $100 on a dress, you can see the other dresses you didn’t buy right there in the store,” she explains. “But if you spend $100 at a restaurant, you’re less likely to second-guess your decision because you can’t see the alternative meals you passed up.”

How to Boost Your Own Bliss Mogilner’s latest research focuses on the concept of buying more positive time—such as renting an apartment closer to work as opposed to buying a luxury car in which to commute.

“Our lives are the sum of our experiences, so we should be supremely deliberate in spending our time in the best and happiest ways possible,” she says.

Her preliminary findings? People are more satisfied when they outsource a chore anyone can do, like cleaning the house or picking up dry-cleaning.

And when it comes to deciding how to use the time you’ve just freed up, Mogilner says you can maximize your happiness by keeping a few points in mind.

“Activities with a social aspect have the strongest effect,” she says, pointing to things like a family picnic, a concert with friends or a date night with your spouse. “Social activities increase happiness because they cultivate relationships with others—and having strong, stable connections with others is the most important ingredient for well-being.”

Another satisfaction inducer, she says, is experiencing out-of-the-ordinary events—such as taking a vacation somewhere new and exciting—which will have a greater impact on happiness than everyday pleasures.

Speaking of vacations, you can get even more happiness bang for your buck if you book your trip well in advance.

Research published in the journal Applied Research in Quality of Life found that just anticipating a getaway is as enjoyable as the trip itself. So start planning your winter break—now!

Fifteen years ago, Dew and his wife were colleagues in the mental health field, but partway into his career, Dew had a change of heart and decided to enroll at Penn State for a dual Ph.D. in human development and family studies.

His transition back to student life had major consequences: He and his wife lost their benefits and half their income.

“I wondered how the change in our financial situation might impact us as a couple,” says the 38-year-old Dew, who’s now an associate professor in the department of family, consumer and human development at Utah State University. “I looked at the scientific literature, and found that not many researchers had asked this question.”

So he decided to explore it himself—ultimately uncovering a major connection between money and marital happiness.

His Key Findings In 2012, Dew and his colleagues analyzed data after following married couples over the course of five years. In an initial survey, the spouses were asked how often they fought about various topics, including money, chores, intimacy and time spent together.

Dew was particularly curious to see if any of those arguments correlated to divorce rates, and found a striking trend: For men, money fights were the only conflict that predicted a split. For women, money and intimacy were equally loaded—but financial disputes were a much stronger divorce determinant.

In fact, couples who argued about money several times per week were 37% more likely to divorce than those who only had financial spats once a month.

“Money fights are frequently a stand-in for bigger issues. An argument might appear to be about overspending, but underneath, it’s a struggle over trust or power.”

Why are finances such a fraught subject? Dew has a few guesses.

“Money fights are frequently a stand-in for bigger relationship issues,” he explains. “On the surface, an argument might appear to be about overspending, but underneath, it’s a struggle over trust or power.”

Plus, if you’re under financial duress, there’s likely an added layer of stress to a relationship—and that can take a serious toll.

So Dew and his team did a follow-up study in 2013 with 450 married and cohabiting couples, with the goal of determining how happy couples combat financial pressures.

“We looked at the frequency of their financial management behaviors, such as creating a joint budget and putting money aside for retirement,” he says. “[And what we found is that] the more often couples engaged in sound financial practices together, the more likely they were to be happy.”

How to Boost Your Own Bliss The secret to happiness, according to Dew, is to get on the same financial page with your partner by opening the lines of communication as soon as possible.

That’s not to say you have to agree on everything. “Most issues can be worked through, although it will take compromise from both sides,” Dew says.

“And try sandwiching these financial discussions between two enjoyable activities, so that they’re less stressful,” Dew says. Consider opening a bottle of wine while you go over the numbers, and then head to dinner or a movie afterward.

One thing to focus on during your money date nights? A financial goal that’s meaningful to both of you, such as saving for a dream trip to Hawaii two years from now or paying off your house by 2020.

“It’s so easy for money to drive people apart,” Dew says. “But by having a shared objective, you can instead use it to bring you closer together.”